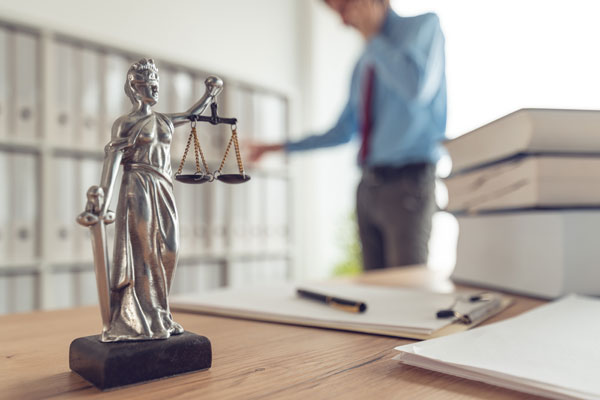 Discovery – The Arcane and the Mundane – Boring, Yes, but the Foundation on Which Your Case is Built.

Movies and television shows which focus on our legal system usually include scenes of dramatic courtroom confrontations.  There are thrilling cross examinations and closing arguments which light up a courtroom.  These scenes might feature sparring between attorneys, or between a judge and an attorney for either side.  Witnesses blurt out the truth, and criminal defendants finally confess their guilt under intense questioning.  Many a feature film is remembered for these courtroom scenes.  However, as compelling as it might appear on the screen, the trial is the culmination of the litigation process, but not the entire process.

In the real world, personal injury cases are developed and often won or lost during the pre-trial process of discovery (which for reasons older than any of us is called “disclosure” in New York).  You won’t read much about this process in the latest legal thriller, and it won’t be featured in the newest blockbuster film.  It’s nowhere nearly as exciting as the trial itself.  However, without good discovery you might not even get to trial, and you are less likely to obtain a favorable outcome.

Most Cases Do Not Go To Trial

The accident attorneys at Worby Vecchio Edelman have over 100 years of trial experience, so if it is necessary to go to trial, we will be well-prepared to do so.  However, most cases do not go to trial; most are settled because of the strength of the case that developed during the discovery process.  The concept of discovery involves both sides exchanging information about the case before trial.  For example, in a personal injury case, we will be required to send medical authorizations to the defendant’s attorney or insurance company so that copies of your medical records may be obtained.  Both our firm and the defendant’s attorneys will be required to exchange a list of witnesses who may testify at trial.  Assuming that witnesses are not directly employed by a defendant in the case, our investigators might interview and obtain statements from the witnesses identified by a defendant.

Probably the most well-known discovery device, and the one with the most far-reaching consequences to the outcome of the case is the deposition, or Examination Before Trial, popularly known as an EBT.  An EBT is an out-of-court hearing, where you will be asked questions under oath by the defendant’s attorney.  Topics covered will be liability, or how the accident occurred, and your medical treatment, as well as questions covering the extent of your damages.

It is impossible to overstate the importance of an EBT, especially as it relates to issues of liability.  A court reporter is always present at a deposition in order to transcribe the testimony, and a transcript will be prepared.  That testimony is then analyzed to determine the likely outcome at the time of trial.  For example, if it appears clear that a plaintiff will be able to prove that a property owner was aware of a dangerous condition before the accident occurred, a favorable settlement will be more likely.  Since most cases do not go to trial, testimony developed at an EBT is no less crucial than testimony at a trial.  We fully prepare our clients before the EBT, go over anticipated areas of questioning, and explain the crucial nature of this event in the litigation process.

We are permitted to take the defendant’s deposition, as well as depositions of important witnesses.  Defendants are deposed in a manner consistent with our trial strategy, and with an eye toward the future defense of pre-trial motions.

An EBT is nowhere nearly as exciting as a trial (it occurs in a lawyer’s office or sometimes in a reporter’s office, but never in a courtroom, and since there is no judge or jury present the tension level is much lower).  However, the testimony developed at the EBT will most often determine whether the case will be resolved favorably to either side.

Discovery is not limited to depositions.  In future columns we will explain the importance of the physical examination to which the defendant is entitled, as well as other discovery topics.

There’s nothing like a stirring legal novel filled with scenes of epic courtroom battles, but in reality, such events are few and far between.  Even when a case does go to trial, it is often settled before a jury verdict.  The White Plains accident attorneys at Worby Vecchio Edelman have all handled hundreds of depositions.  We will explain the process to you to make sure you grasp and appreciate the importance of an EBT.  Call us if you or someone you know was involved in any type of accident.  We will process your case in an efficient manner, and attempt to resolve the case as quickly as possible.  We always offer a free, no-obligation consultation, and since we work on contingency there’s never a fee unless we’re successful.