Sometimes, the question of who is at fault for an accident is easy to determine.  If a vehicle crosses over a double yellow line and strikes your vehicle, or if a vehicle strikes you in the rear while you are stopped at a red light, the owner and operator of that vehicle are probably 100% responsible for the accident.  However, the question of fault in most accidents is not as clear.  In many cases, the injured Plaintiff can also be at least partially liable for an occurrence.

The Negligence Rules Have Changed 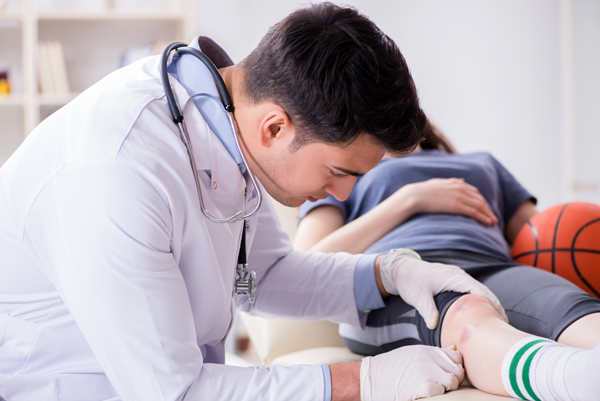 New York is a pure comparative negligence state, which means that a Plaintiff can recover for injuries sustained as a result of a Defendant’s negligence even if that Plaintiff was partially at fault herself.  Prior to the mid-1970s, New York followed the rule that an accident victim’s own negligence would disqualify that person from any recovery at all, even if she were only minimally responsible.  Happily, that rule was changed.  The way that it works now is that if you are injured in an accident, any negligence on your part works as a set-off.  If a jury finds that both the Plaintiff and Defendant are negligent, damages awarded to the Plaintiff are simply reduced by the percentage of the Plaintiff’s fault.

That same law further provides that a Plaintiff’s assumption of the risk will not bar a recovery.  However, the Courts have carved out an exception to that general rule, with the doctrine known as “Primary Assumption of Risk”.  Pursuant to this doctrine, a participant in a recreational or sport activity is deemed to have consented to commonly appreciated risks inherent in that particular activity.  Under these circumstances, the obligation of the owner of an athletic facility is limited to making the facility as safe as it appears to be.  Examples of circumstances which can lead to a dismissal of a case include dips, cracks, or other imperfections in a tennis court; divots or holes in the turf on a golf course; or cracks in the ice on a skating rink.

Risks Inherent in a Sporting Activity

Other examples concern the type of activity at issue.  Just last week, the Appellate Division, Second Department dismissed the case of a woman injured during a slam dunk competition while attending basketball summer camp.  The Court held that risks inherent in a sporting activity are those which are known and apparent, or are reasonably foreseeable consequences of the participation, and that the Defendant established that the camper had assumed the risk of injury by voluntary participating in the competition.

The doctrine has also been held to apply to spectators.  As an example, a woman who had entered a lacrosse field to jog around its perimeter during lacrosse practice was found to have assumed the risk of being hit by a ball.  The key fact in that case might have been her entering a fenced-off area.

Outcomes in these types of cases tend to be fact-specific.  Generally speaking, the more a participant is or should be aware of the inherent risks of a sport or athletic activity, the less likely it is that a lawsuit for injuries sustained while participating in that activity will be successful.  Injuries sustained by a younger participant are more likely to lead to successful cases, as the argument that a younger participant has assumed a risk is more difficult to make.  Cases which result from injuries sustained by a student while participating in a school activity are also more likely to be successful, especially if there is less supervision.    However, the converse is also true.  The more experienced the participant, the less likely it is that that participant’s lawsuit will survive a motion to dismiss prior to trial.  Therefore, a professional jockey who fell from his horse had his case dismissed – he argued that the New York Racing Association was negligent in overwatering the track.  The Court held that the jockey had been able to observe the condition of the track prior to the race; had ridden the track earlier that day; and therefore had assumed the risk of the activity.

The key in these cases is to promote an argument that the participant did not assume the risk because of an unobvious or latent condition which was incapable of being seen or appreciated at the time that the activity was undertaken.  Like other areas of personal injury law, the doctrine of Primary Assumption of the Risk is complicated, and filled with exceptions to the general rule.  The success of an individual case can often depend upon the strength of the argument made before an appellate court, and arguing the subtleties of a particular factual scenario.  The White Plains personal injury lawyers at Worby Vecchio Edelman are experienced in this area of the law.  We’ll sit down with you and listen to what happened, we’ll ask the right questions to make sure we understand the details, and we’ll spend the time necessary to determine whether we think you have a case.  There’s no obligation; the consultation is free, and there is never a fee unless we recover money for you.